When Carol & David asked me to undertake their wedding photography in Treak Cliff Cavern at Castleton in Derbyshire I was pretty excited at the idea, I can tell you. I love anything that’s a bit out of the ordinary, and this certainly wasn’t the usual Church or hotel based wedding (not that I think there’s anything wrong with that, you understand :)) It was not without its own particular challenges – mostly relating to the general lack of light – but for me that just makes it all the more interesting. I took a tour of the cavern a couple of weeks before to familiarise myself, then threw myself into the challenge (not literally of course).

Carol & David got married underground, in Treak Cliff Cavern at Castleton in Derbyshire.

We started the day with a walk up many, many steps to the visitor centre at Treak Cliff Cavern, where the guests convened prior to the wedding ceremony itself. Some of them were more out of breath than others. You’ll also notice a relatively large number of dogs in the photographs – Carol and David have three between them, and met through their dogs. So that’s nice. 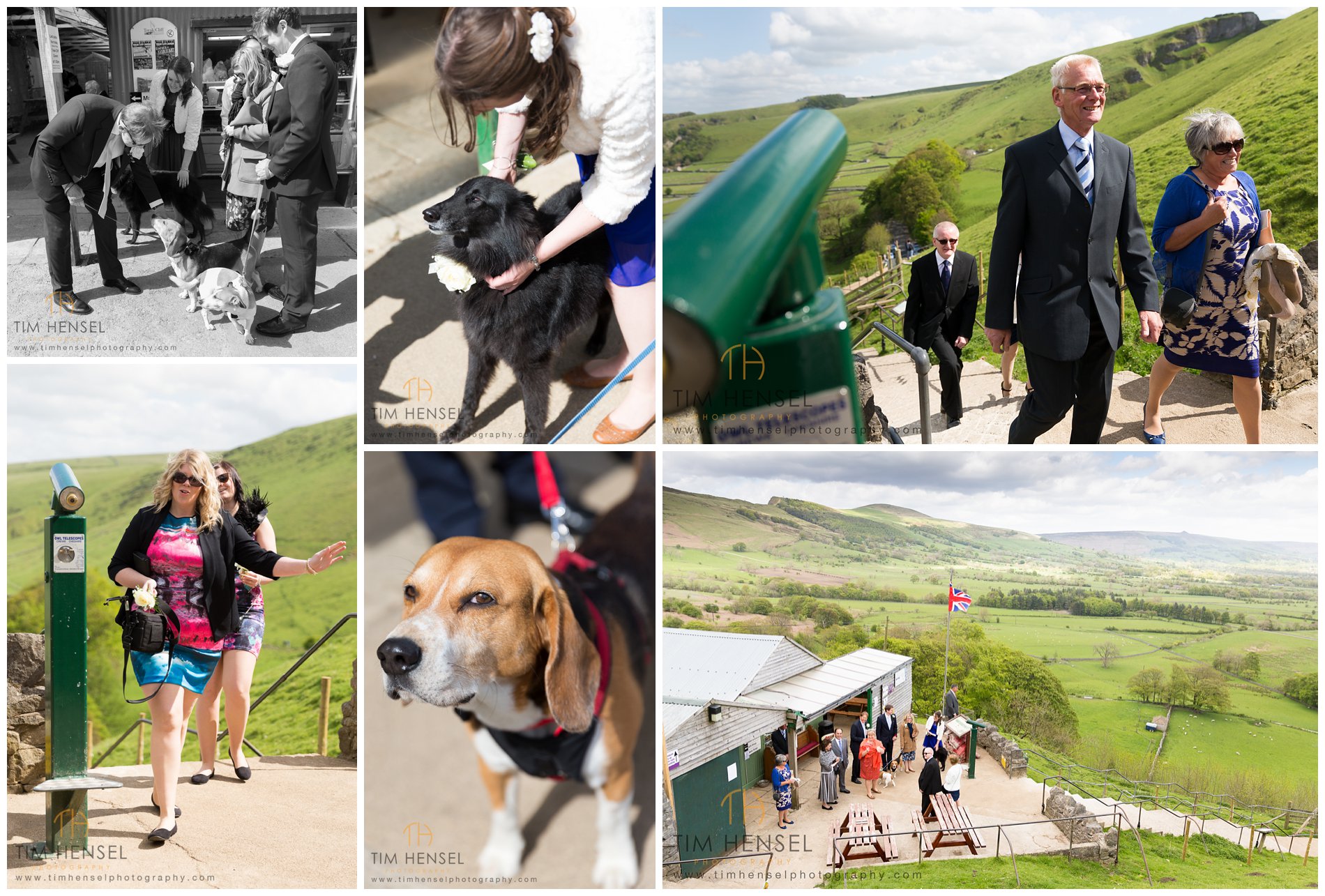 They’d been kind enough to place handy signs to offer encouragement to guests on their way up the hill, with a thoughtful sweetie filling station for much needed sustenance too. I love the picture below of the groomsmen and David’s daughter, Rebecca, looking like an intrepid expedition. 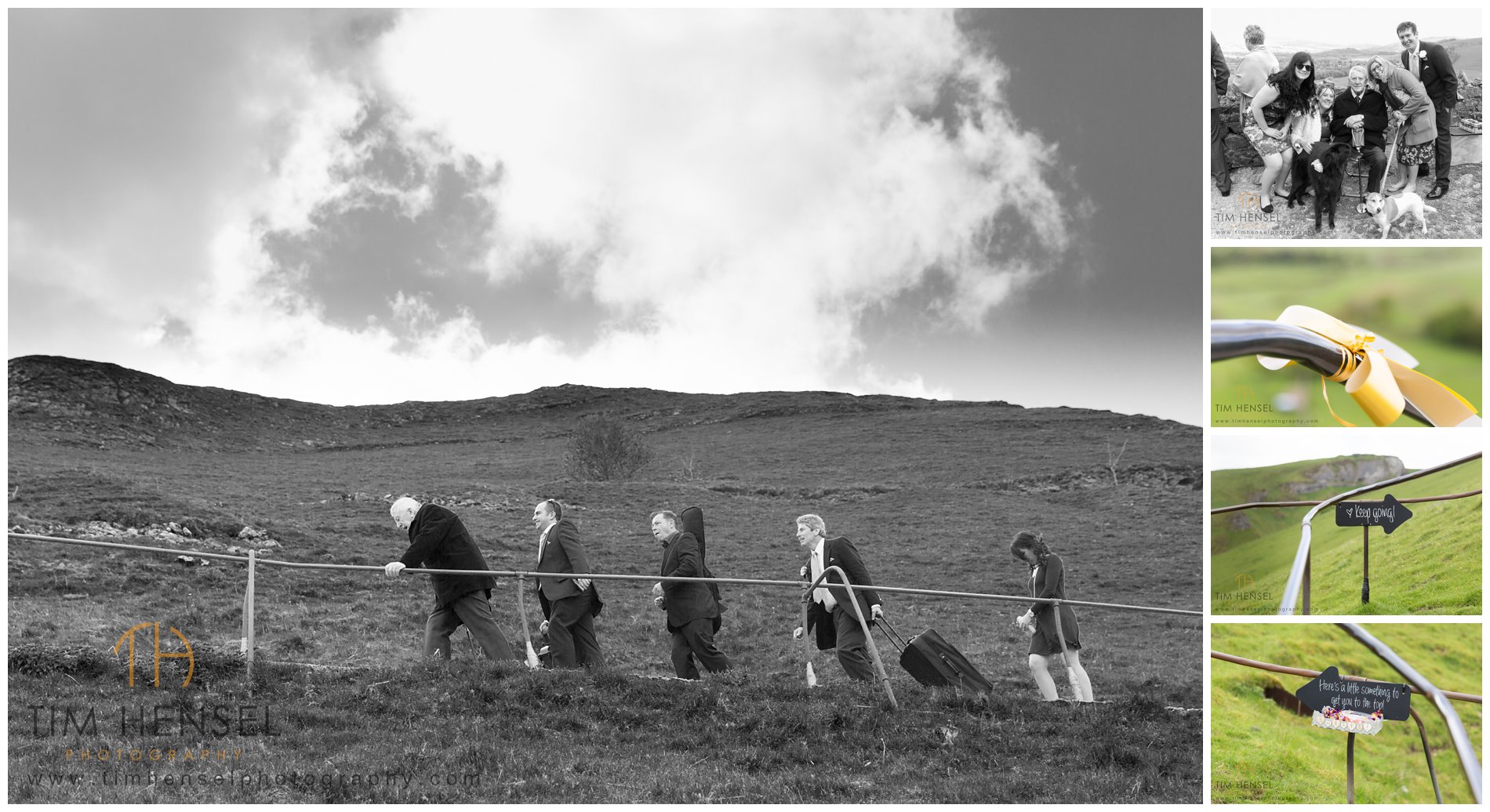 Carol makes the trip up and into the cavern in these photos, and shows a healthy disregard for her own footwear advice. 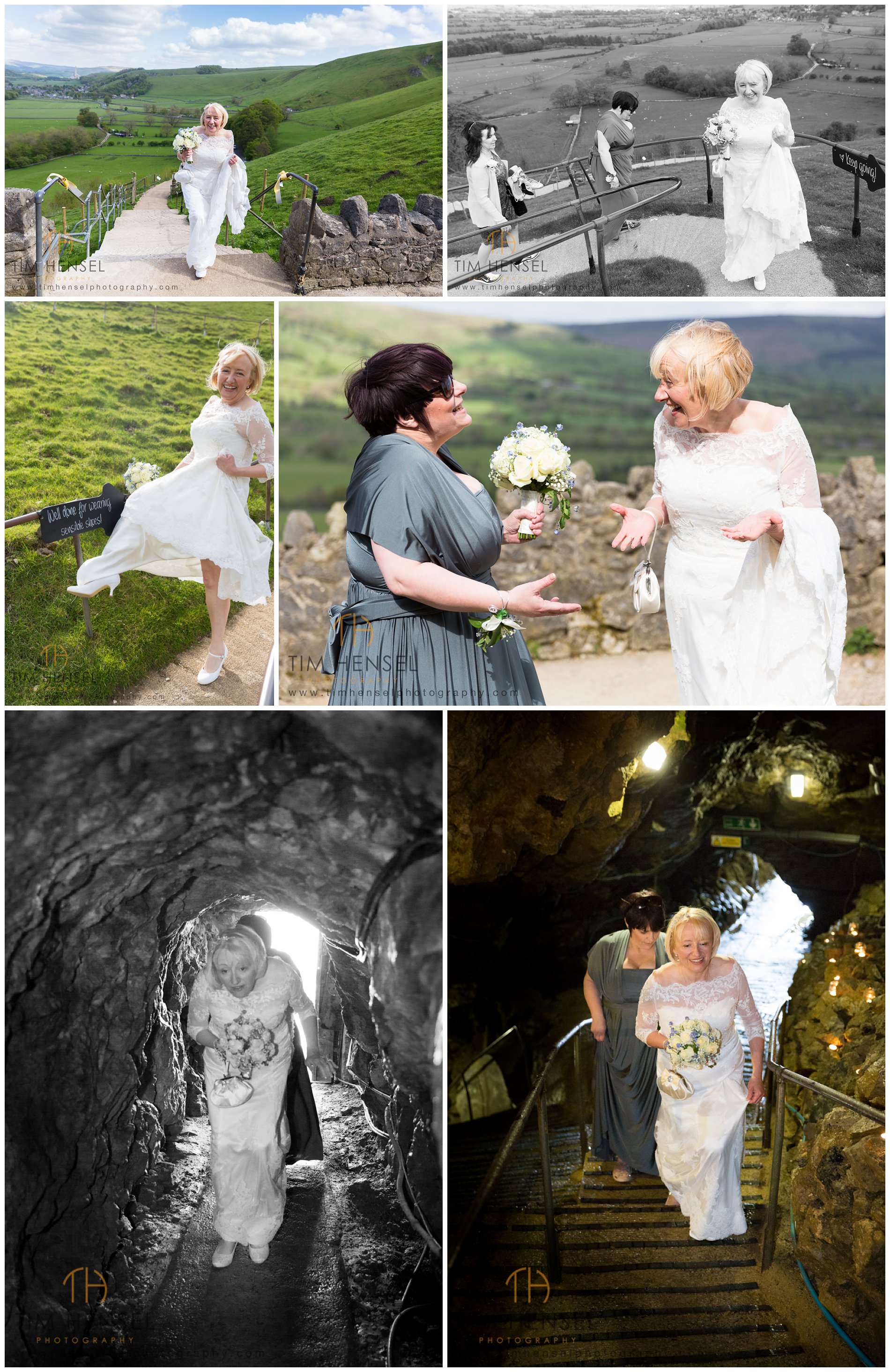 Wedding Photography in a Castleton Cavern

The wedding ceremony itself, underground in Treak Cliff Cavern and lit mainly by candlelight. Just amazing 🙂 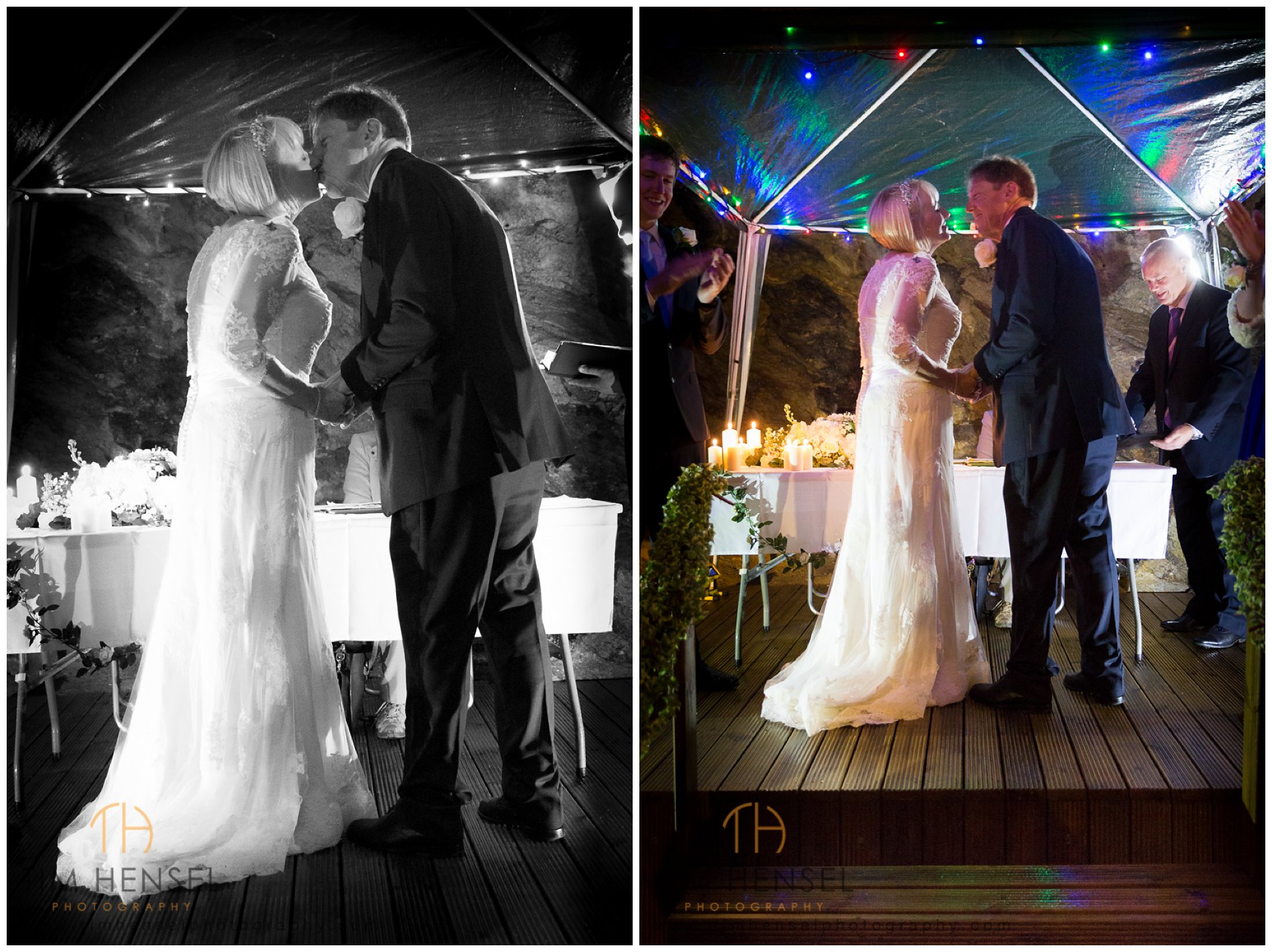 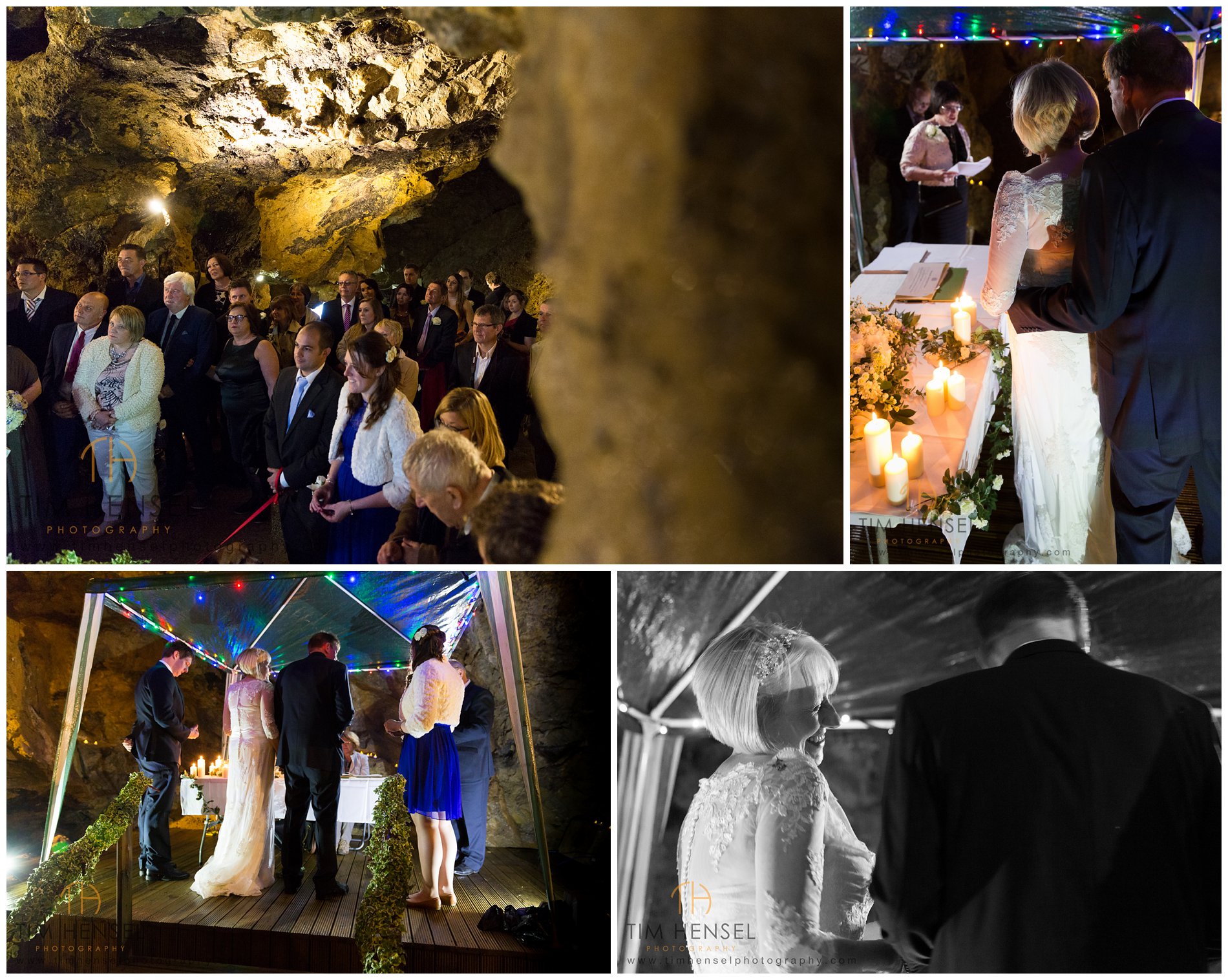 Carol and David leave the confines of Treak Cliff Cavern and head into the outside world as husband and wife.

Further photographic challenges for the group photographs outside, as it was rather windy! Note further dog pictures, plus the groomsman who found a disused bath in a shed and decided to try it for size. 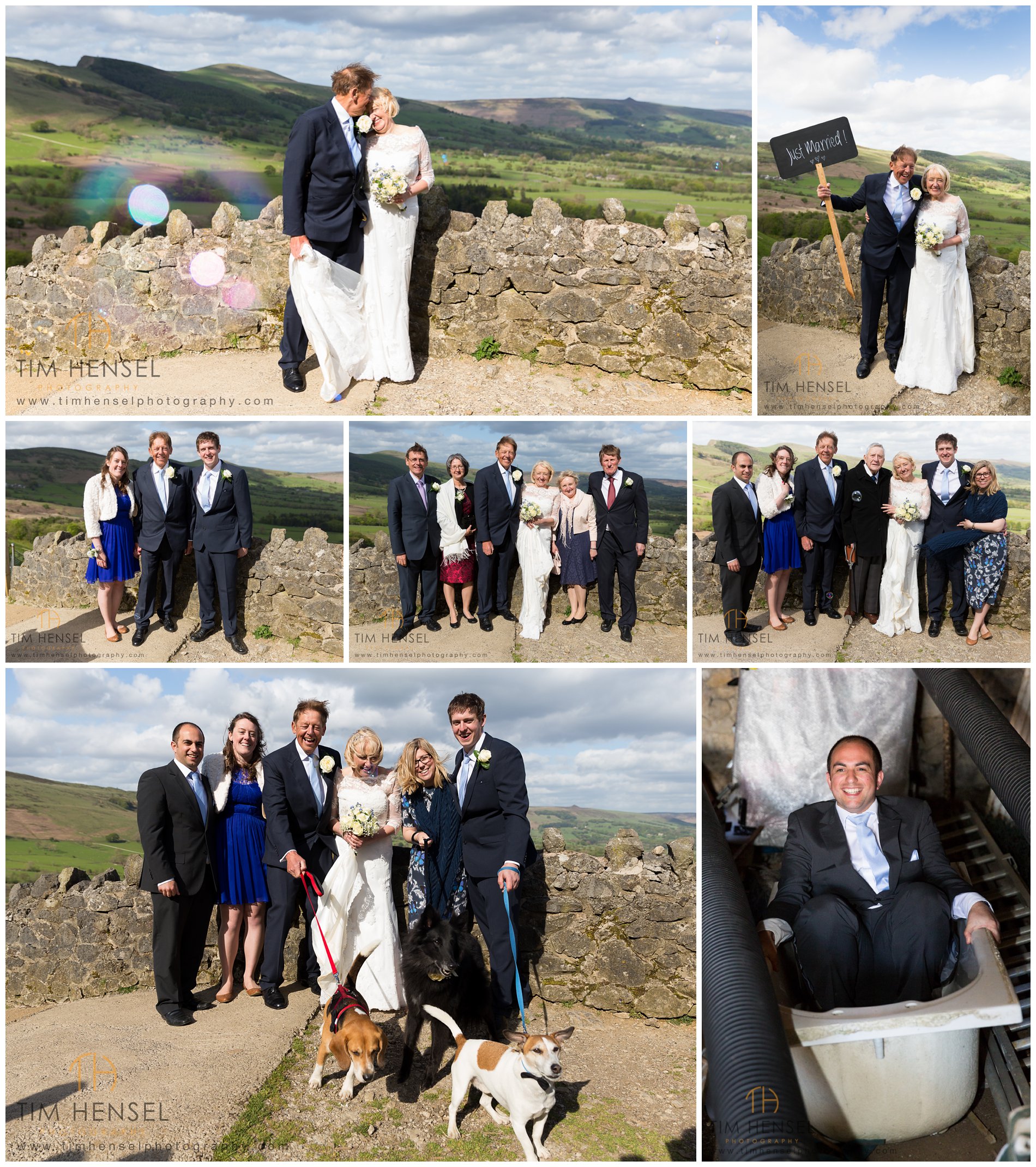 Carol, David and I then headed back down into the cavern for some wedding photographs of just the two of them. 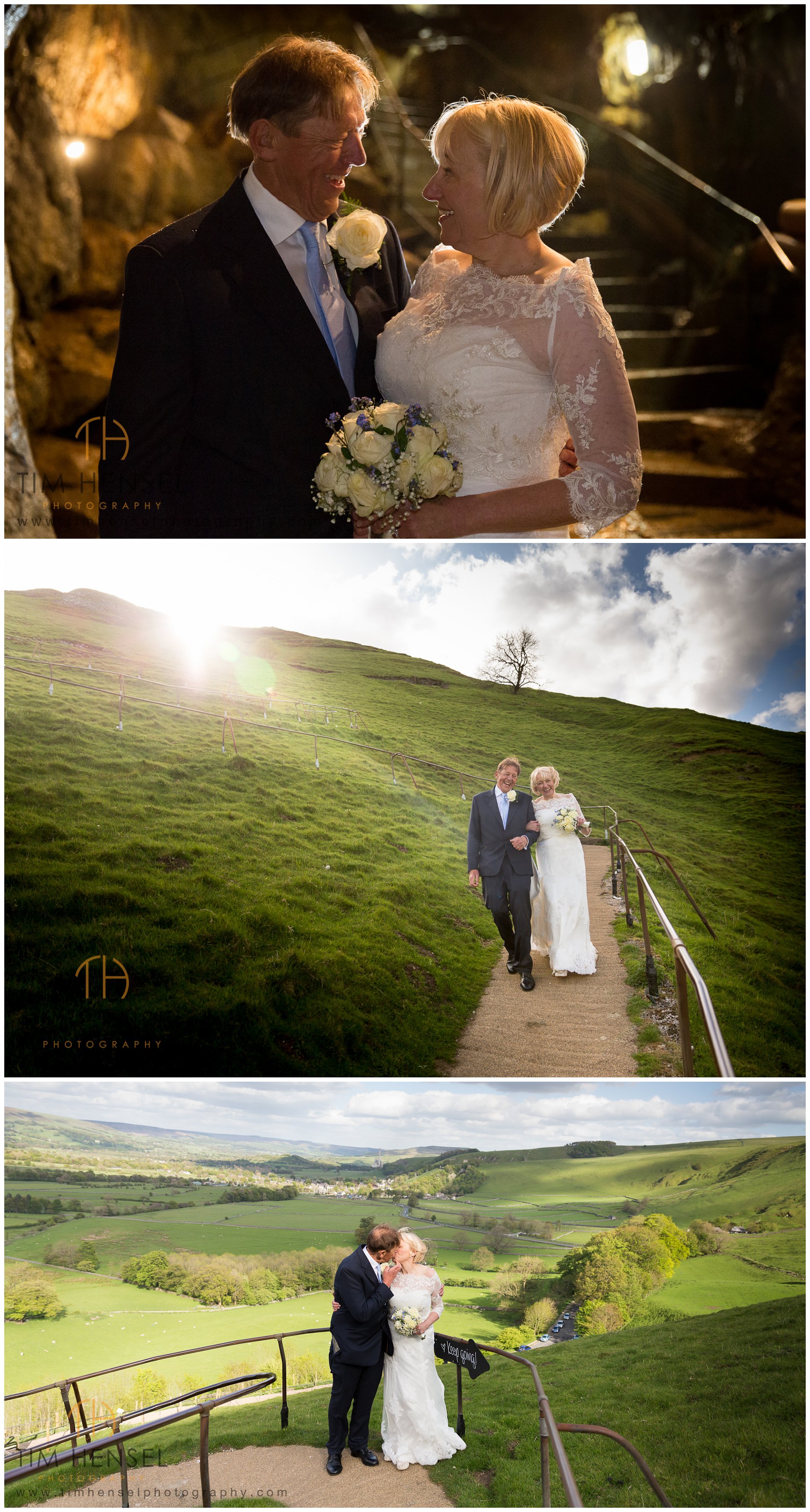 After everyone was back out in the open air, we headed down into Castleton village for the wedding reception, which was beautifully simple and hosted at the Bull’s Head. 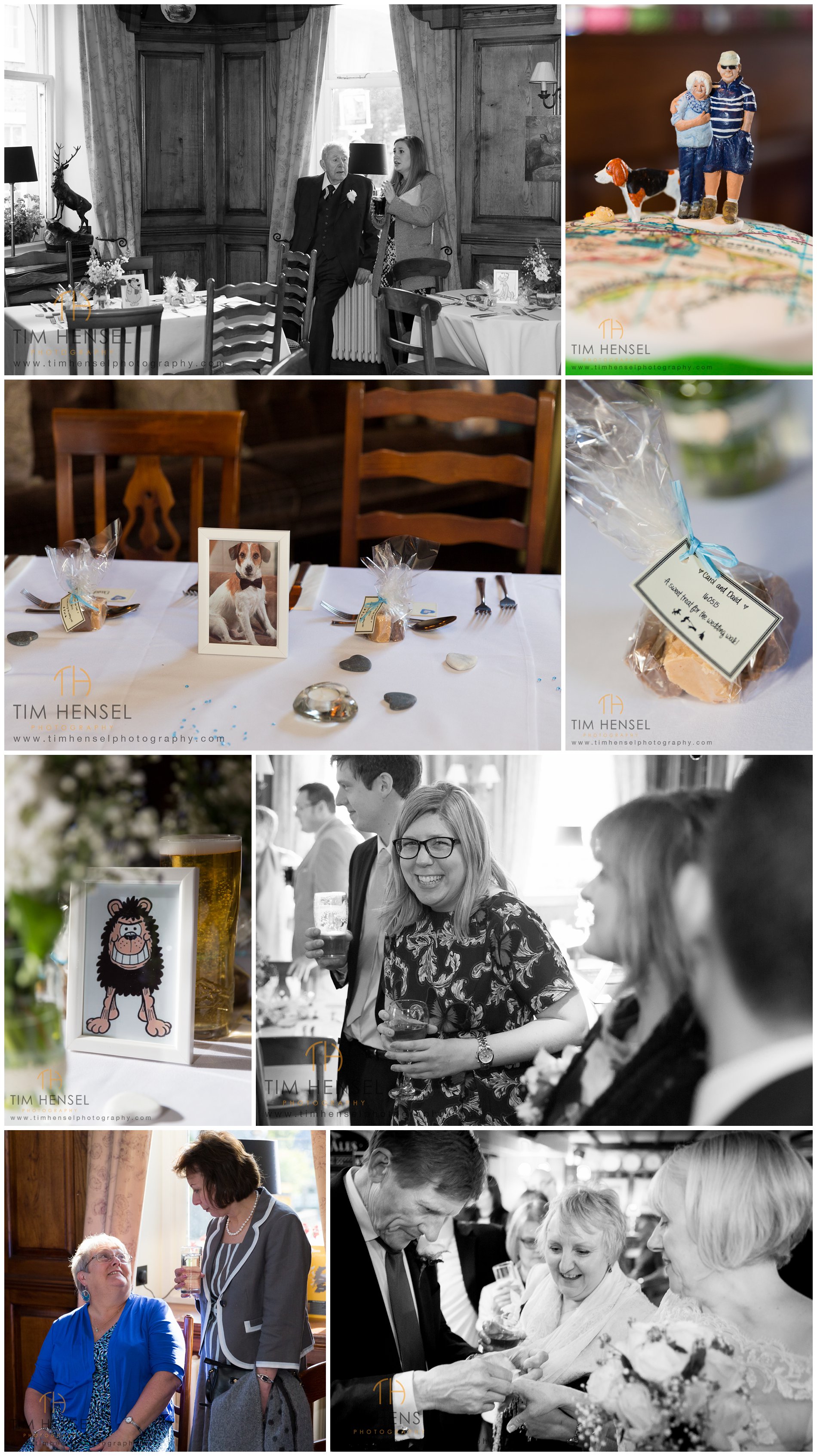 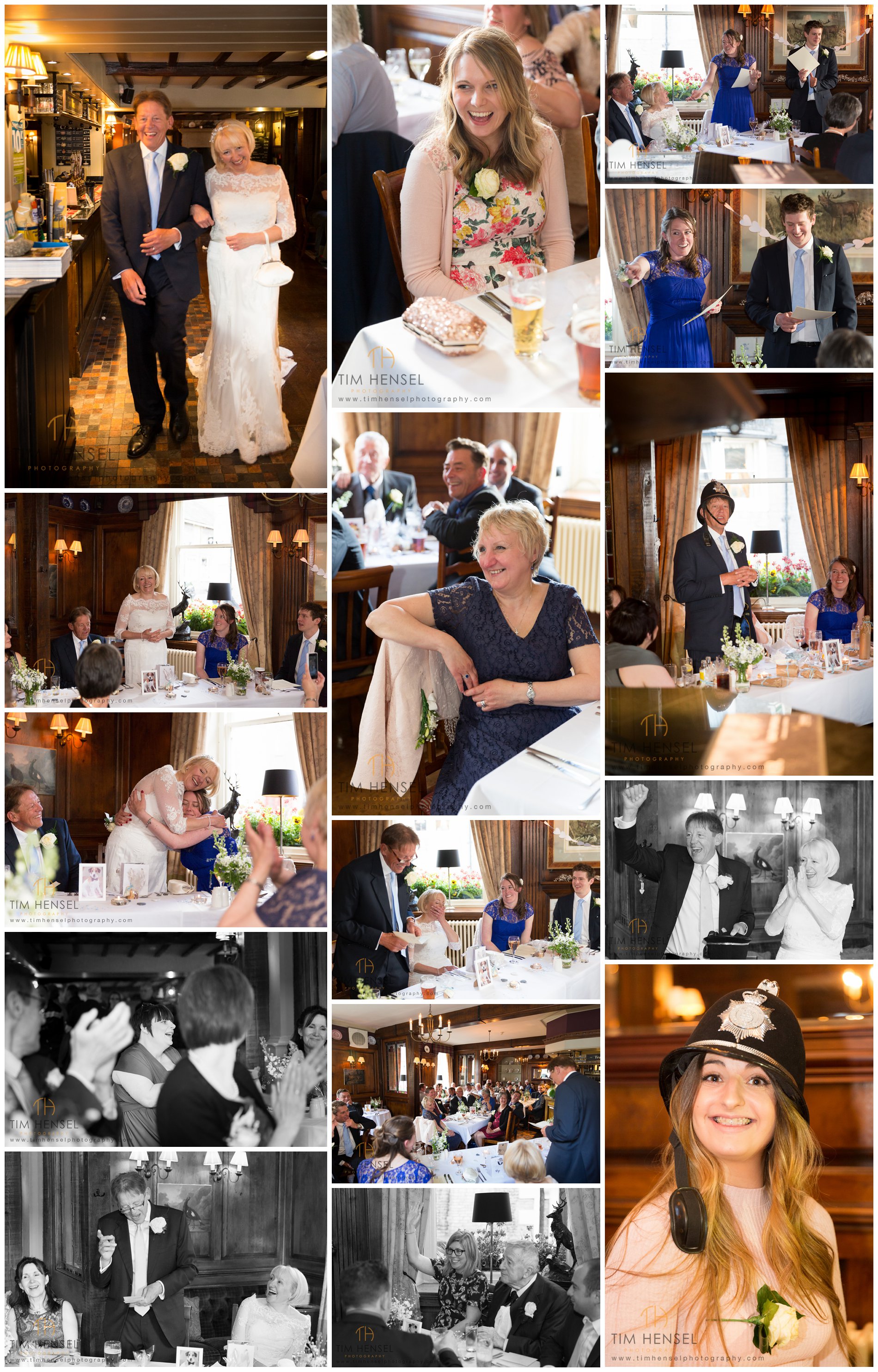 That’s all from Derbyshire’s burgeoning underground scene (ha ha) for now. If you’re getting married in Derbyshire – above or below ground – I’d love to talk to you about being your wedding photographer for the day. Please contact me for an initial chat.

I’d love to know, what is the most unusual wedding venue you’ve been to?

This site uses Akismet to reduce spam. Learn how your comment data is processed.